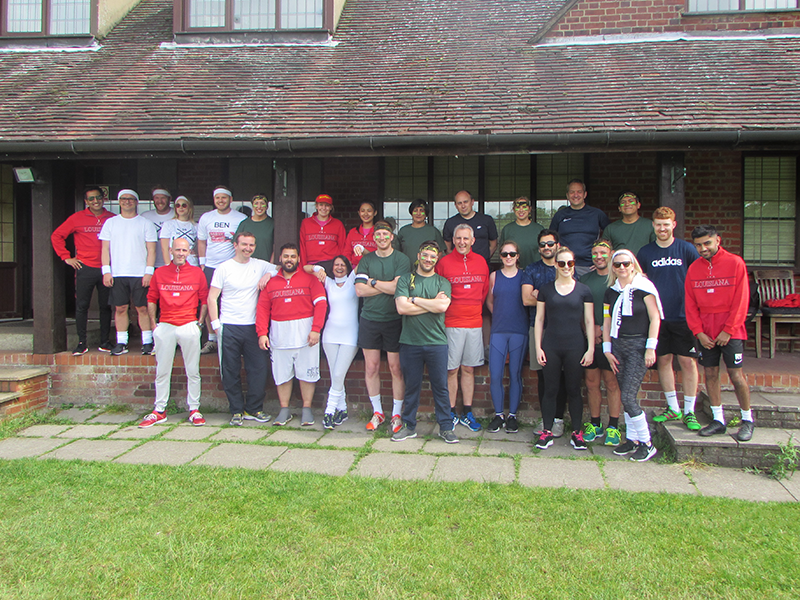 Each year, when planning our summer event comes around, it's usually restaurants, bars and drinking galore. This year however, it was time for a distinct change of scenery and as summer is the prime time to be outdoors and get stuck in, the idea of the Sagacity Sports Day was born.

We have several of our people into their sport and a number of others who have secret hidden talents so what better way to take on Sports Day than mixing up our employees and having four teams go head to head. With a plethora of interests and personalities across the company, the teams were randomly selected and from there pre-event buzz and tactical discussion hit many an inbox as the mind games began. Many were talking a good game but it would be the day where it mattered most.

After a nervy week watching clouds and rain from our Rickmansworth office, the best day of the week turned out to be just the date we had decided on two months prior. We crossed the road to a local cricket club and met those travelling out from our London office, and it was clear right away that game faces were on. The teams came together for a pre-game company photo shoot but after that it was full on head to head. Once the grotesquely intense warm up was out of the way, where a few front runners were stitched up, the real games began.

The activities and games were made up of varying childhood sports day games including an egg and spoon race, over-under lines and a short but fast assault course with the aim of carrying rice from one end to the other. Added to these was the team-bonding favourite, rounders. With team points up for grabs for runs and for catches in the field, the competition never eased off.

The events ended with a simultaneous two-team tug or war and a two-team large size beer pong. The entertainment factor didn't disappoint here either as within minutes of the tug of war starting, the rope had split leaving many a body face down in the turf. Upon reset (with a shortened rope), it kicked off again and only took a matter of moments before the rope split yet again. More laughs and falls as the two teams just couldn't catch a break.

We ended our day with food at a local Italian restaurant followed by a few more laughs (and drinks) in the pub. It was a highly entertaining afternoon full of laughs and competitive edge leading to a relaxing and well deserved evening; the perfect platform for our team to come together and unwind.